After a Postdoc in leukemia basic research, my goal was to work on a topic that would get me closer to clinical applications. To this end, I joined Ugur Sahin's lab in 2009 to lead a small team dedicated to develop bispecific T cell engaging antibodies (bsAbs) specific to novel proprietary cancer-associated targets discovered in solid cancers. By linking the patient's cytotoxic T cells to the tumor cells, bsAbs lead directly to T cell activation and specific tumor elimination by cell lysis. Two bsAbs, catumaxomab1 and blinotumomab2, are already approved for clinical use. Their development history has demonstrated how highly potent bsAbs can be, but also where potential limitations can be found.

I was very excited to hear that Ugur had been experimenting with bispecific antibodies since his PhD in the early 1990s3–5. It became even more exciting when Ugur, who is a physician by training, shared quite unconventional ideas on how he would like to close the gap to the patient's bedside. Julia Holland, who had started on this program as a doctoral student, and Dr. Hayat Bähr-Mahmud already had very promising data, convincing me that in terms of technology, talent and team spirit this was a good environment for me to be in. Furthermore, I learned of the plan to spin out our and other efforts into a start-up company – BioNTech – to create the framework for real translation.

One of our key milestones was to use in vitro transcribed mRNA for gene delivery, instead of recombinant protein technology, to enable the patient's cells to make its own drug. As simple as it sounds, as technically challenging it was. The methodology for using RNA as gene delivery tool was not mature at the time we started as it is today. It was helpful that under the same roof we had colleagues committed to work on advancing gene-encoding RNA as a technology platform and as a tool for drug production. The program got a further boost when Katalin Karikó joined BioNTech. Katalin contributed her experience in nucleoside-modified, nonimmunogenic6–8 mRNA and its in vivo delivery, a field she has pioneered.

In parallel to adapting the mRNA technology to use for bsAbs and by incorporating all advancements our colleagues were making on the platform, we engineered the corresponding recombinant proteins. We established their purification protocols and evaluated the protein characteristics and had to solve a couple of the notorious protein engineering challenges such as aggregation, impurities or the identification of a proper storage buffer to achieve significant tumor elimination with the recombinant proteins in a humanized xenograft mouse model9, making us acknowledge what a facilitator the new platform could be.

After iterative improvement cycles, we compared recombinant bsAbs with mRNA-encoding bsAb in vivo. We used a humanized mouse model engrafted with human effector cells including T cells that are generally CD3-positive and subcutaneously inoculated with human tumor cells that endogenously expressed the oncofetal tumor-associated antigen claudin 6 (CLDN6)10. Treatment of mice with mRNA encoding for CD3 x CLDN6 bi-(scFv)2 bsAb resulted in faster tumor elimination than protein treatment, even when mRNA-treated mice received fewer injections. We confirmed these results with mRNA encoding for an EpCAM x CD3 bi-(scFv)2 bsAb to prove generality of this approach. Because the plasma half-life of bi-(scFv)2 bsAbs is less than 2 hours, the recombinant proteins we injected quickly disappeared as expected. However, the RiboMAB, as we call the protein expressed from synthetic mRNA by the organism, was detectable and functional for up to one week. This was because our mRNAs are optimized for stability and translational efficiency. As production of the protein from host cells—in our case the liver cells—was active for several days, the bsAb levels were constantly replenished.

Figure 2. Illustration of the treatment of a tumor-bearing humanized mouse with IVT (in vitro transcribed) mRNA encoding a tumor-specific bi-(scFv)2.

After these exciting results, our next milestone is to demonstrate that RiboMAB is also effective in humans, but as it always happens in translation of scientific concepts to the patient`s bedside, we expect that as we move forward with RiboMABs there will be additional hurdles to solve and thus opportunities to learn.

The huge upside of making this platform work for clinical use is that the manufacturing process of mRNA is fast and cost-efficient. Our vision is that our approach contributes to accelerate the research and development of bispecific antibodies, and even to make their use in a personalized setting feasible. 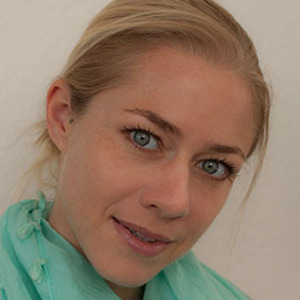