The paper in Nature Biomedical Engineering is here: http://go.nature.com/2zGFONT

I have a longstanding interest in intracellular protein delivery.  My PhD thesis was focused on developing agents that could deliver transcription factors in vivo, using functionalized DNA molecules. I strongly believe that we can cure many disorders if we can deliver proteins to the intracellular space efficiently.

During my PhD, seminal CRISPR discoveries were made in the building next to mine. When we heard about the exciting research being done with CRISPR/Cas9, we immediately realized that its therapeutic potential could be transformative. Therefore, we started a project to develop a non-viral Cas9 in vivo delivery system. We read papers by Jennifer Doudna, George Church, Jin-soo Kim, and David Liu, which demonstrated the feasibility of performing gene editing with the Cas9 protein itself and some of the benefits that could be generated via delivery of the Cas9 protein. We decided to work on developing delivery vehicles for the Cas9 ribonucleoprotein (RNP), with a focus on homology directed repair (HDR), which had not been demonstrated in living animals, via non-viral delivery systems. In addition, the vast majority of genetic diseases requires HDR for treatment. I had several discussions with Stanley Qi (now a professor at Stanford) about the therapeutic potential of delivering the Cas9 RNP, and this inspired me to pursue the exciting area of Cas9 protein delivery.

Working with Cas9 RNP had several challenges, such as purifying the Cas9 protein and measuring its activity in cells. We were fortunate to have the Doudna lab on the same campus. Jennifer Doudna provided the Cas9 protein and taught us how Cas9 works as well as Feng Zhang’s paper. In addition, we collaborated with Jacob Corn, who gave us a remarkable cell line that allowed us to measure HDR in cells via flow cytometry through the BFP-GFP transition. With these tools, I was able to focus on developing materials that could simultaneously delivery Cas9 protein, gRNA and donor DNA.

I initially tested delivery vehicles composed of lipid nanoparticles and polycations mixed with Cas9 RNP + Donor DNA, but had very little success. I speculated that the different charges of these macromolecules prevented them from being in the same particle. I therefore focused on developing strategies that could make sure that Cas9 RNP and the donor DNA were in the same particle. Inspired by Chad Mirkin and Warren Chan’s work with gold nanoparticles, I realized that gold nanoparticles could be conjugated to DNA and easily purified, and hypothesized that Cas9 RNP would bind these particles. Then, I focused on coating these particles with something that would trigger endocytosis and endosomal disruption. I screened a large number of compounds, and identified a silica polymerization with a PASp(DET) coating as the optimal system. This coating was inspired by the work of Kazunori Kataoka and Paula Hammond. This led to the development of CRISPR-Gold, which was able to deliver Cas9 RNP and donor DNA into a wide variety of cell types in vitro.

Then, we investigated CRISPR-Gold in a mouse model of Duchenne muscular dystrophy (DMD) in collaboration with Irina Conboy’s laboratory, and together we investigated if these particles could correct the dystrophin mutation in a mouse model of DMD. Our first experiment with Mike Conboy showed a surprising result: a clear-cut demonstration of HDR and gene correction in the dystrophin gene after a single intramuscular injection. These collaborations continued and led to invaluable discussions with regards to the application of non-viral Cas9 delivery systems and potential therapeutic applications of HDR.

After my graduation, my colleagues and I decided to continue this work in a start-up company, GenEdit. GenEdit is a company with a vision to develop next-generation therapeutics for genetic diseases through CRISPR/Cas9 delivery. We have improved and optimized the polymer nanoparticle further and tested it in various mouse models, with the ultimate goal to translate these particles into the clinic. 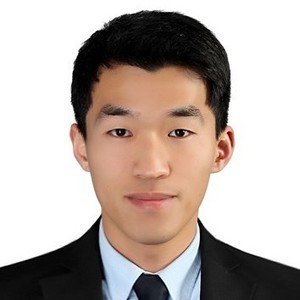